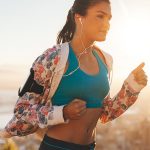 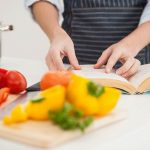 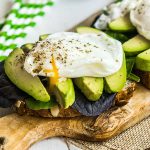 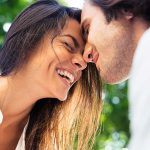 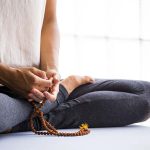 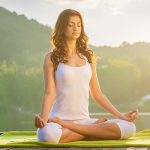 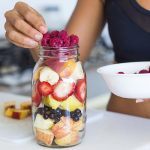 A Natural Cure For Cabin Fever

It seems as if this winter was the worst one I’ve ever known for viruses. My family and almost everyone I know has been struck down at one point or another. It’s been super tough on all the young families out there who have been the hardest hit. When a child is sick, it usually has a ripple effect on the entire family practically, physically and emotionally.

I was recently sentenced to two days at home with my almost 3 year old while she recovered from her lurgy. When I woke up on day two, my anxiety was palpable at the idea of having to spend yet another day trapped inside the house. I personally find it super hard to be home with a sick child for more than one day. Don’t get me wrong, I love hanging out with my l’il munchkin, but she’s an energizer bunny even when she’s sick, as well as (understandably) more demanding and needy. It’s a taxing work day all round for a parent with a sick kid at home.

As a certified germaphobe, I am hugely respectful around not spreading germs, and for this reason, confinement can feel like the only option. But it’s the confinement that kills me.  As my daughter paced the room, I started to go loopy myself. I looked around my house…every toy had been pulled out and played with. I was still in my PJ’s. We were over watching ‘ABC Kids’ programs and I was starting to feel resentful towards my hubby who was the parent that got to go to work. I started to list all the things I needed to do but couldn’t. I was in “resist and resent” mode. Not a good place to be.

I had to get out!

Outta the house…and into nature.

We rugged up, and went down to our local Coogee beach and park. We collected leaves and my daughter happily played in the sand while I sat with her, grounded, bum held firmly by the sand underneath us and watched the waves instead of my phone. There is something about the ocean that re-instills gratitude deep in my bones and re-sets the tone. It was just the pick me up we both needed and gave me the energy to get through the rest of the day, and reminded me to just….breathe.

Being outdoors can really be the best cure for cabin fever, and, as it turns out, for the actual virus itself. As long as your child remains at a safe distance from other kids and keeps their snot to themselves it’s totally fine to let your child be outdoors. Just make sure to bring hand sanitizer and stay away from other kiddies and play equipment if yours is still contagious. Some experts say that it’s actually beneficial for children to play outdoors when they are unwell, get into the fresh air and help the virus to be flushed out and not recirculate within the house.

Numerous studies have shown that both exposure to natural sunlight and fresh air are effective disinfectants that kill bacteria, boosts mood and increases Vitamin D. We are lucky here in Sydney with our milder climate so that even in the cooler months where viruses appear to be at their worst, we are blessed with lovely the sun. So we can rug up and get a fantastic dose of Vitamin D (another powerful healer!) without the intensity of the UV Rays that summer brings. In this way sunlight can be seen as natures antibiotics.

When bacteria comes into contact with fresh air, something called the open-air factor occurs. The open-air factor phenomenon refers to when compounds in the air act as a disinfectant that kills germs and pathogens. Bacteria survive in closed areas better than when they’re exposed to fresh air. When microbes that cause infection and disease are exposed to natural sunlight for extended periods of time, the Journal of Hospital Infection states that “…the majority of microbes that cause airborne infections cannot tolerate sunlight.” Even the WHO (World Health Organization) recommends ventilation, fresh air and sunlight as important for infection control.

England had several early advocates of the curative value of sun and fresh air. Physician John Lettsom (1744-1815) prescribed sea air and sunshine for children who were suffering from tuberculosis (TB). In 1840, surgeon George Bodington noted that those who worked in the open air—farmers, plowmen, shepherds—were generally free of TB, while those who spent much of their time indoors seemed more susceptible to it.

Florence Nightingale (1820-1910) became famous for her innovations in nursing while caring for British soldiers injured during the Crimean War. She recommended that the air in a patient’s room be kept as fresh as the outside air, but without chilling the patient. She added: “It is the unqualified result of all my experience with the sick, that second only to their need of fresh air is their need of light . . . And that it is not only light but direct sun-light they want.”. Many at that time also believed that exposing bed linens and clothing to the sun promoted health. So there you go! Sunlight and the outdoors wont only save your sanity, but might actually help your little ones heal and get better!

If your little ones are smaller or are just plain cranky and resisting their day sleep you could always take them for a walk in the pram: That way you can both get some fresh air and you can get some exercise and endorphins pumping. Sometimes little ones sleep better in the pram if they are sick and congested as the elevation can help those blocked noses and chesty coughs breathe better. They can still stay nice and rugged up in the cooler weather under blankets, and you can have a chance to chill and out a bit and get some much-needed incidental exercise. Win –Win I say.

Be GONE viruses! Spring is here! 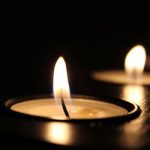 Getting back your mama mojo before returning to work